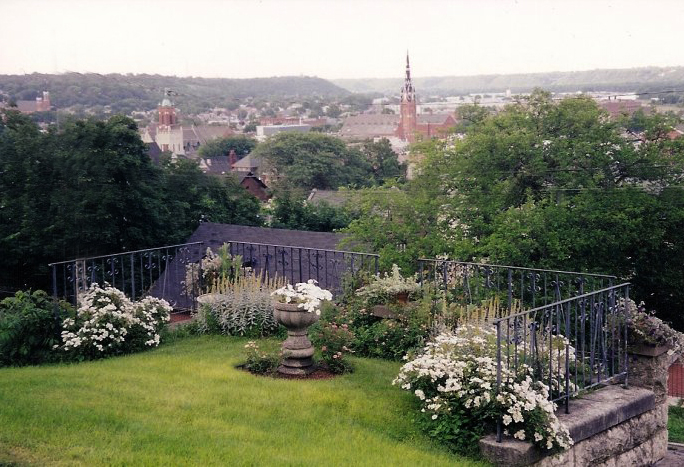 The city of Dubuque is named after Julien Dubuque, a French Canadian fur trader who settled in the area in the 178O’s. Dubuque originally came to the region to engage in trade with the Mesquakie Indians who occupied the land at that time. As Dubuque befriended the Mesquakie, his attention turned from fur trading to the abundant number of plentiful lead mines that were located on their property. In 1788, after amicable negotiations, the Mesquakie granted Dubuque control of the lead mines surrounding the Dubuque area. Dubuque named this region, which is south of the present-day city of Dubuque, the Mines of Spain. For the next twenty years, Dubuque worked as both a miner and trader on the land the Mesquakie had presented him. In 1810, Julien Dubuque died after a brief illness. The Mesquakie buried their friend on a bluff overlooking the Mississippi River with honors befitting a chief. In 1897, a huge limestone monument was erected on the grave site to commemorate the memory of Julien Dubuque.